ADIOS2 is the latest implementation of the Adaptable Input Output System. This brand new architecture continues the performance legacy of ADIOS1, and extends its capabilities to address the extreme challenges of scientific data IO.

The ADIOS2 repo is hosted at GitHub.

The ADIOS2 infrastructure is developed as a multi-institutional collaboration between

The key aspects ADIOS2 are

ADIOS2 is funded by the Department of Energy as part of the Exascale Computing Project.

What ADIOS2 is and isn’t

Performant and usable tools for data management at scale are essential in an era where scientific breakthroughs are collaborative, multidisciplinary, and computational. ADIOS2 is an adaptable, scalable, and unified framework to aid scientific applications when data transfer volumes exceed the capabilities of traditional file I/O. 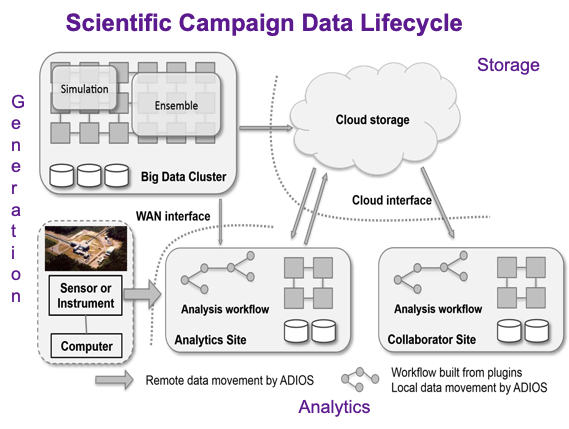